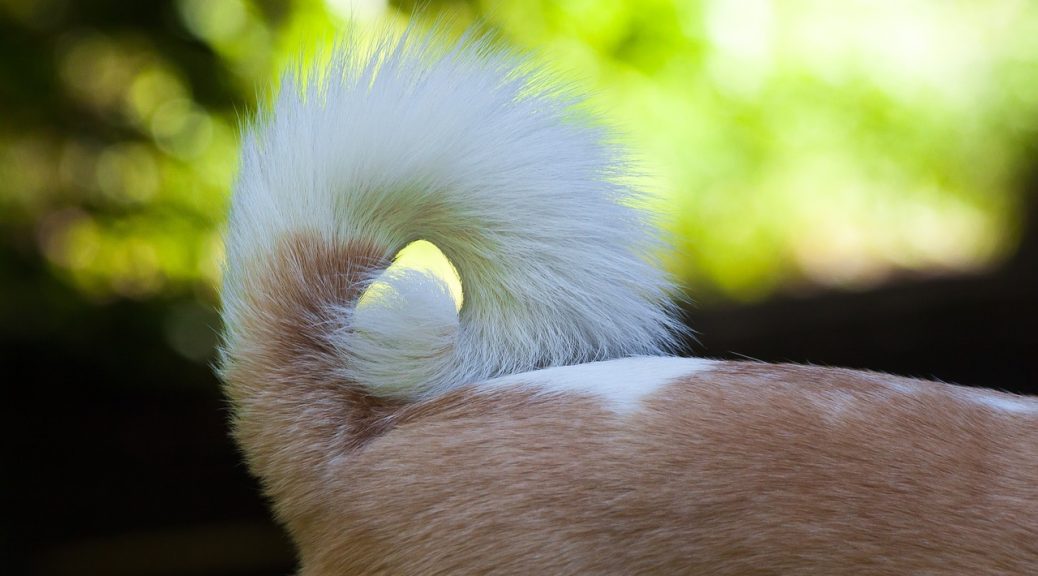 Dog lovers and their pets have a special kind of bond that some people may ever understand. Knowing that dogs could not speak like we do, they make certain gestures that help us understand what they want to tell us. Today, we’re going to learn why your dog wags its tail, and what they may be trying to communicate.

Owning a dog involves having to take care of them and tending to their needs. This allows you to understand some of the most common dog behaviors. Here are some of them:

Dogs bark for a number of reasons. Dogs may signal that there might be an unfamiliar face around, or may want your attention.

If dogs find themselves in a stressful situation, they may tend to bite. They may also bite when they are scared, threatened or not feeling well.

Small dogs are similar with teething babies wherein they would want to constantly chew on something to get rid of the pain. However, when this goes on during adulthood, this may mean that the dog is going through some form of anxiety.

Dogs dig instinctively. Some dog breeds would intentionally dig large holes to hide their food or to uncover food. Unusual digging may mean that your dog may be apprehensive with something.

This behavior may signify that your dog is attempting to assert dominance.

Dogs do not sweat like we do. Instead, they sweat through their paw pads. When they are experiencing too much heat, they tend to open their mouth to take in cool air through panting.

Tail wagging may be the best means of communication for your dogs. There are several reasons that every pet owner should be aware of.

Why Your Dog Wags Its Tail 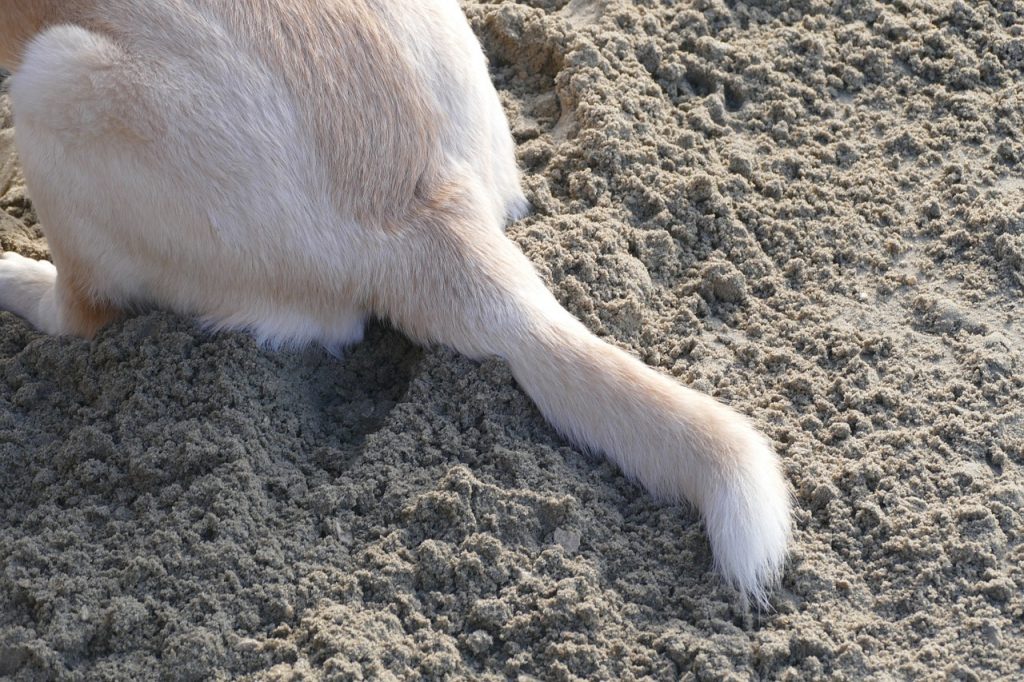 Believe it or not, seeing your dog’s tail wagging does not always means that he is happy. Pet owners should learn the science of tail wagging to ensure that he keeps himself safe and can always understand what his dog really wants to tell him.

By understanding what dogs are trying to tell us, we won’t jump into the conclusion that the cute tail wagging behavior shows that the dog is in a pleasant mood.

A dog’s tail is an expressive part of its body as much as its eyes and ears. It may be quite common to see your dog’s tail wagging in a lot of situations because it is their way of relaying a message on what is exactly going on with him.

However, not all tail wags are the same. If you would look closer, your dog’s tail would have different kinds of wagging that may differ in every situation.

For starters, the tail position is an indicator of several emotions. When you see your dog’s tail in its natural position, it indicates that your dog is feeling calm, happy and does not feel any anxiety or threat.

However, you should take note that the natural position of the tail of each breed may vary. Some dogs have their tails normally hanging down behind their legs, while others have their tails curl up over their backs.

A good sign of a happy and calm dog is when you see its tail in its natural position and not moving from left to right.

Here are some details that you need to observe when your dog wags its tail:

When the tail moves up or down

Seeing your dog’s tail move up may mean that that dog is feeling dominant. It is like saying that he is the boss and he is in charge.

In contrast, when the tail moves down, it means that your dog is acknowledging you as being the boss. If the dog’s tail curls between its legs, it means that he is harmless, and in submission to your authority.

When the tail moves from side to side

It is natural for a dog’s tail to be moving from side to side when he walks. However, there is a different message on how fast the wagging is and to which side it shows the most.

If the tail is moving more towards the dog’s right, then that means that the dog shows a positive emotion like being excited. On the other hand, if it moves to the left, it shows negative emotions like aggression, anxiety or fear.

Interestingly, a study on dog body language was presented in the journal Current Biology in 2007. It was found out that the different sides of the dog’s brain determine the direction of the tail wag.

Keeping an Eye on The Tail

Gathering all the data presented above, you can now better understand that when your dog is wagging mostly to the right and lower than its normal position, the dog would probably be telling you that, “You’re the boss. I’m happy. Everything is fine.”

On the other hand, when your dog wags its tail to the left and higher than its normal position, then it means, “I am in charge here. I am the boss. Be careful.” 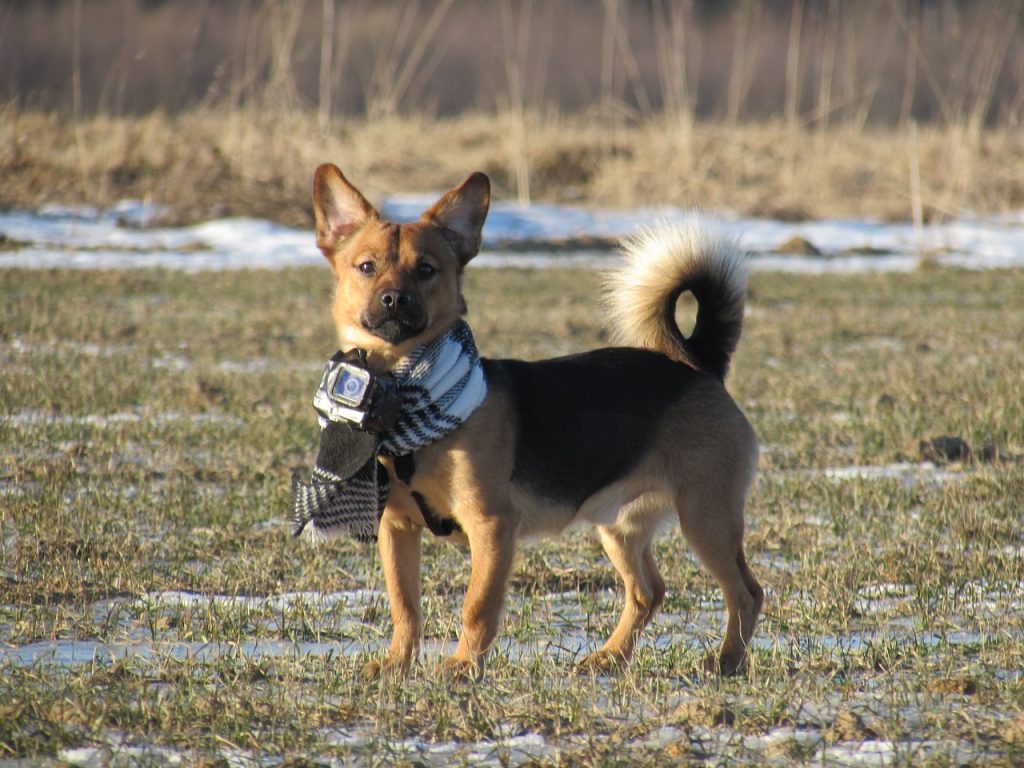 However, if a dog wags its tail fast, high and to the left, that’s a warning signal for you to leave whatever you are doing and run away as fast as you can. This means that this dog is not the kind that you would want to pet and cuddle.

It is important for everyone to know what each tail wagging means and not to always conclude that the dog is in a friendly or happy mood. The best way to understand why a dog wags its tail is to develop a good relationship with your pet.

Dog Lover
Madona is the writer at Barkily.

Because dogs are family